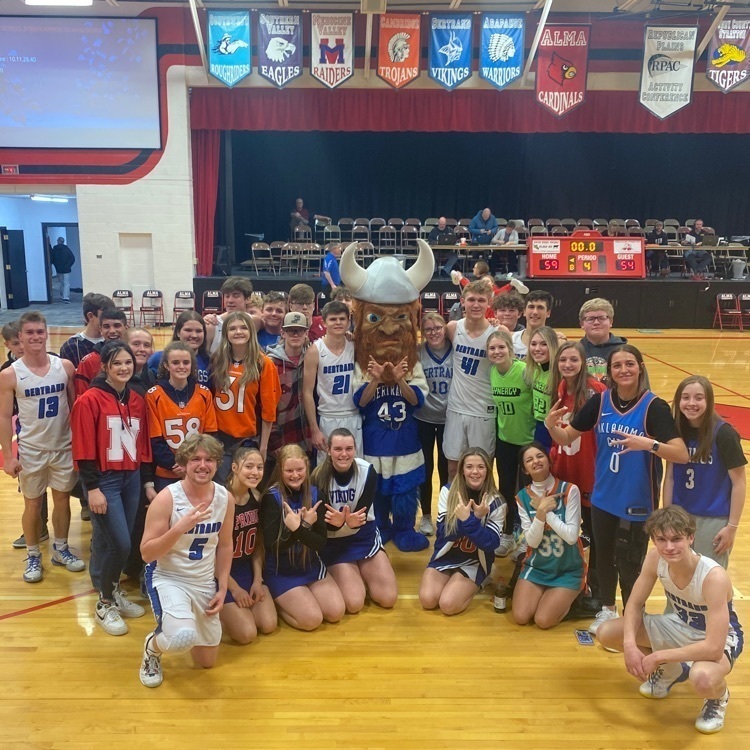 The Viking Boys Basketball team is feeling good, as they have found themselves sailing in the right direction during the 2021-22 RPAC Tournament.  Coming into the tournament as the third seed, the Vikings shot down the Eagles of Southern Valley in a 53-37 win on Saturday.  On Tuesday, the Vikings played a tough Cambridge Trojan team.  Bertrand was able to take control in the last minutes to pull off a 59-54 win at Alma.

Tonight the confident Viking team will travel to Cambridge to take on a very talented Medicine Valley squad who came into the tournament with a 12-1 record and the number 1 seed. This semi-final round game will start at 7:45 tonight at the Trojan gym.  The finals and consolation final games will be played on Saturday.  Consolation games will begin at 4:15 with the championship game being played at 7:45 at the Graff Center on McCook College campus.

This is the third time the Vikings have advanced to the finals since the RPAC formed. In 2014 Bertrand finished in fourth place and in 2016 they finished in third place.  The Vikings are feeling good about their chances this year and plan to give it all they've got.