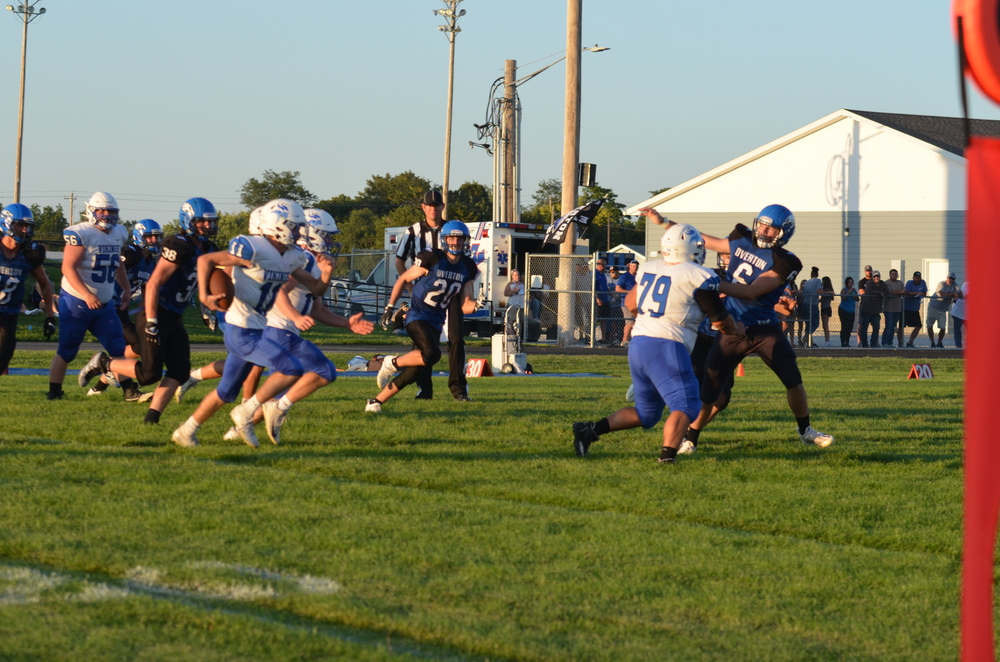 The Vikings got the season started with a convincing win versus the Overton Eagles. The Vikings got a fortunate bounce as Owen Kaps picked up an offensive fumble and rambled 7 yds. for the touchdown. Later in the first quarter, Owen hit Jonah Nelson on a 73 yd pass for a touchdown. ( 2pt conversion good Owen to Reece Vinzant). The defense played very well in the first half but gave up a few long plays. They kept the Eagles to only 7 points in the first half with the help of two interceptions and a goal line stand.

In the second quarter, the offense got rolling as Owen Kaps ran for two scores( 24, 50) and Gabe Bojorquez running for a 42 yd. touchdown. The line did a very good job most of the night. They are Bryce Philips, Myles Boggs, William DeOss, Jarett Bieker, Joe Pelton, Landon Way, Adan Gonzalez, Anthony Bojorquez. Dawson Newcomb was 4-4 on extra points.

The second started off sloppy for the Vikings but did put together a nice drive capped of by a 7yd. touchdown run by Gabe Bojorquez. The JV got to play a lot in the 4th quarter to gain some valuable experience. The Vikings will host highly rated Dundy County Friday night at 730.