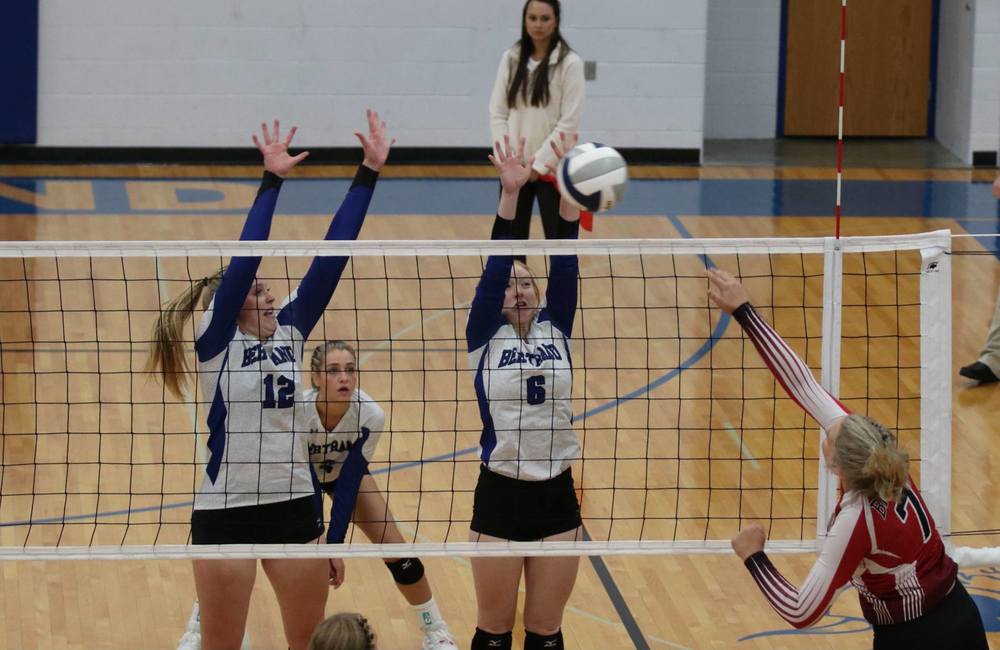 The Lady Vikings captured a pair of wins last Thursday night when they defeated Hi-Line and Cozad at Eustis in the Hi-LIne triangular. After losing five seniors from last year’s squad, the Vikings have had to replace some key positions with relatively inexperienced players.  “We have great kids, who are working really hard to fill the void,” said Coach Mason.  “We just keep getting better and better as the season progresses.”  This year’s Bertrand team consists of 14 players, including returning starters Johanna Ford, Jordan Hilmer, and Sadie Maloley.

The coaches admit that determining positions and developing players to those specific positions has been a process that started with summer camps in July.  However, they feel that the team has really started to develop a chemistry that will benefit them down the road.  “Our upperclassmen have been really patient with the whole process and are doing a great job as leaders, and our underclassmen are responding very well.”

The Lady Vikings will play next on Saturday at the Loomis Tournament when they will take on Shelton in the first round at 10:00 am.